Goddess in my hand 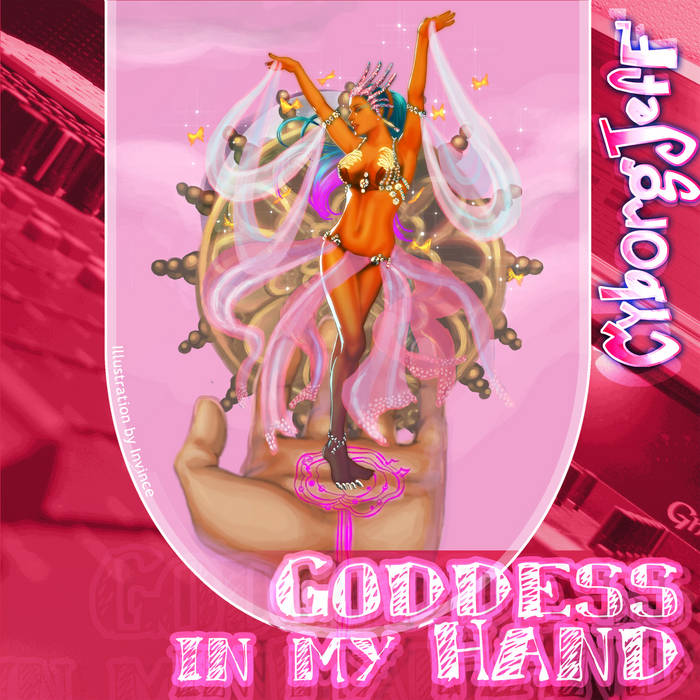 First musics ever from Cyborg Jeff have appeared in 1996, and found their audience in the student’s lair at school. Years later, style has evolved, the artist matured and his music crawl the Web around the world…

Meeting - at last - some success in his home country, mainly thanks to the unexpected collaboration with M. Daerden, the “Cyborg Jeff style” is now well-known to those that have dug a bit further than the popular remix of the drunken minister. They have discovered solid rythms and melodies mixing euro-dance with ‘ancient’ electronic sounds. (inspired by soundchips of early gaming consoles and microcomputers such as the mythical C64)

Goddess in my hand” is not CJ’s first album — by far. It took the artist 2 years of sweat, and questionned the whole project several times.

Anyone’s time is precious … CJ has invested a lot of it in this project, but he still wants to offer his music for free. This is rare in a world ruled by money, and especially in the world of music. So if time is precious for you, stop waiting and start downloading the album now: you’ve nothing to lose and much to discover. If you’re in the mood for webbrowsing (or coming back after a first hear), don’t hesitate to read the story of each tune a step further or to leave him your comments.

This new album, may be the longuer to finish, wouldn’t be so good without the precious help of Didier Rombauts that i joined in Studio Quena.be !

Also thanks to Invice for the illustration.

Thanks to Sabrina ‘Sabry’Z’ Santoro and Jessica Martin for their respective interpretation.

This album is once again realised with Jeskola Buzz Tracker on a computer from Ordi.com.